The Government has announced the Rajiv Gandhi Khel Ratna Award and Arjuna Awards for the year 2012,

A large number of nominations were received for these awards this year, which were considered by Selection Committee consisting of eminent sportspersons and sports administrators; headed by Col Rajya Vardhan Singh Rathore. Based on the recommendations of the Committee and after due scrutiny, the Government has approved to confer awards upon the following sportspersons. 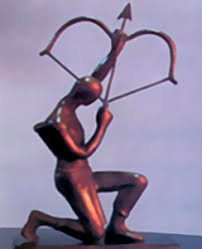 Normally  only one award of Rajiv Gandhi Khel Ratna  is given every year to an individual sportsperson. However, the Scheme provides that this condition can be relaxed in exceptional circumstances viz., winning of an Olympic medal. Like wise for the Arjuna Awards, normally not more than 15 awards are to be given in any calendar year.  However, the Scheme of Arjuna Awards also provides that keeping in view the performance of Indian sportspersons in the Commonwealth, Asian Games and Olympic Games during a particular year, Arjuna Awards exceeding 15 in number may be allowed with proper justification and approval of the Minister for Youth Affairs & Sports.  The Selection Committee noted that 2012 is the Olympic year and India has won 6 medals in the London Olympics, which is country’s best performance in Olympic Games, and recommended that the condition of one award in case of Rajiv Gandhi Khel Ratna and 15 awards in case of Arjuna Awards may be relaxed and the number of Rajiv Gandhi Khel Ratna Award may be increased from 1 (one) to 2 (two) and Arjun Awards may be increased from 15 (fifteen) to 25 (twenty five).